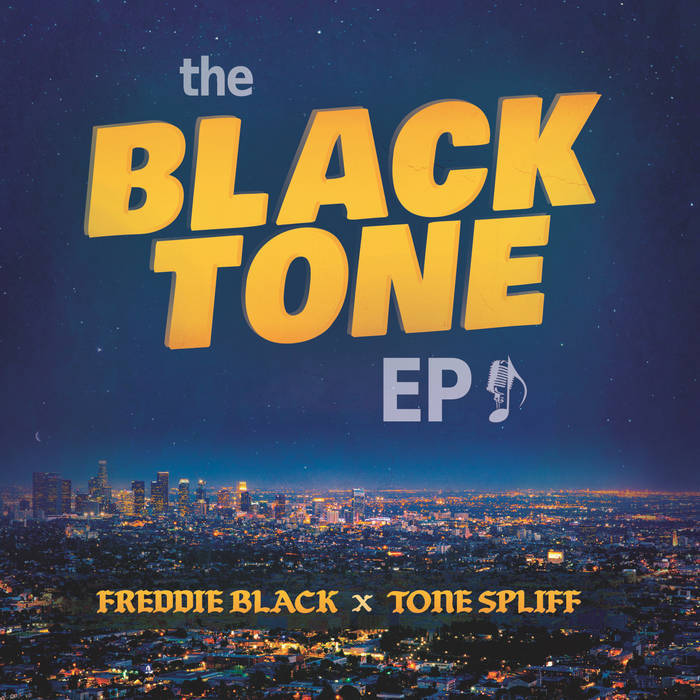 Freddie Black and Tone Spliff - The Black Tone EP (PreOrder)(tonespliff.bandcamp.com)
Being raised in Newport, RI, which is often called GhosTown to locals, helped to mold the artist known as Freddie Black. He started in a group with a collective of emcees fittingly called “The GhosTown Clik” and branched off into his solo career in 2004. This latest opus of beats, rhymes, and life follow up his initial solo outing entitled “Witness the Birth of Freddie Black” which was released in early 2007. It seemed that the pressing confines of this island, in the small state of Rhode Island, was too claustrophobic for Freddie so he made a trip to Atlanta where he would eventually redefine himself as an artist and create the overall sound of who Freddie Blackskin is, a lyricist.
Los Angeles based DJ and Producer Tone Spliff is grounded in an east coast sound and steeped in tradition with an ever-present emphasis on the DJ/Turntablist. Tone links up with Freddie Black, sounding like a beast on the drum machine and the 1’s and 2’s, it’s apparent Tone has some skills to flex on this EP. Hailing from Utica, NY, Tone continues to grow as one of today's hottest producer/DJ.

releases June 7, 2019
All songs written by Freddie Black (except track 4, co-written with Edo G)
Mixed and Mastered by Matt Wagner
Art and Layout by OldPlanet Media
Posted by GhosTown Music at 10:48 PM